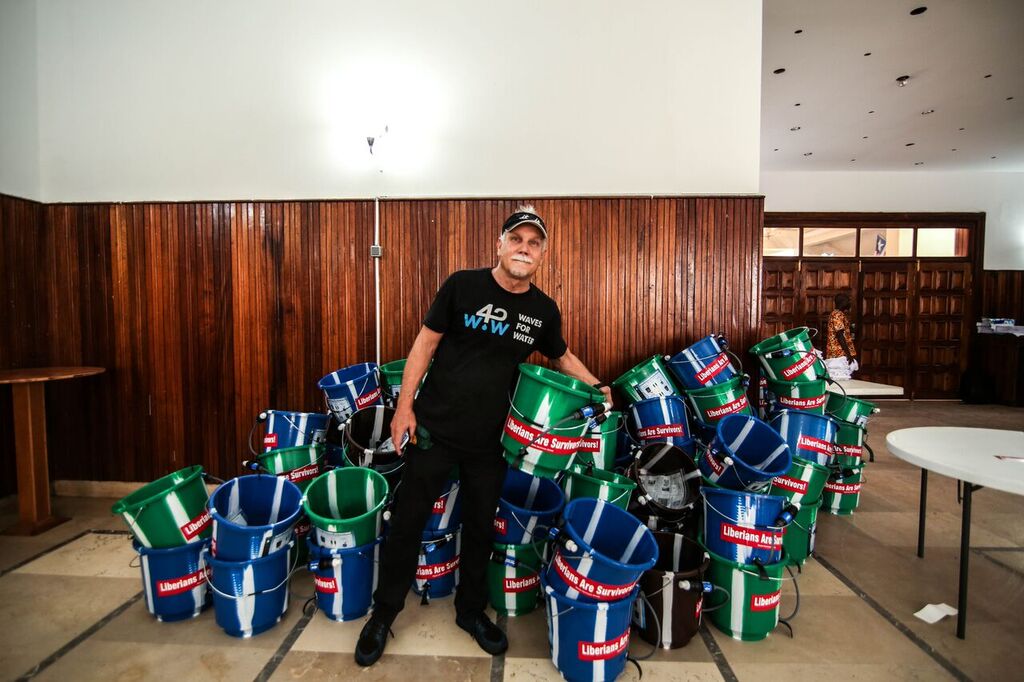 Ten years after the devastating civil war, just 1 in 4 Liberians has access to safe drinking water, according to the World Health Organization. Half of all Liberians have no access to a toilet and use streams or open areas. Outbreaks of water-borne diseases like cholera occur regularly. As many as 1 in 5 deaths in Liberia are blamed on water and sanitation problems.

Fast forward 2003: Towards the end of a long, and brutal, civil war, women were able to achieve peace in Liberia after 14 years of war - and helped bring to power the country's first female president. This amazing story is told in the 2008 documentary, "Pray the Devil Back to Hell." During the war, rebels destroyed all water and energy infrastructure, so most safe water delivery systems are now gone.

Fast forward to 2012: President Ellen Johnson Sirleaf selected Kimmie Weeks to be Chairman of the Liberia Water and Sewer Corporation (LWSC). Dr Weeks says a role with the Liberia Water and Sewer Corporation gives him another opportunity to contribute to his long history of humanitarian work and activism. He observed: “Access to safe and clean drinking water is one of the most basic of human rights. Being a part of the team at LWSC gives me an opportunity to ensure that every Liberian has access to safe water.” Waves For Water is focusing on Liberia in addition to the many other spots throughout the world to fight the war on clean water.